Year of the Snake Blog Hop 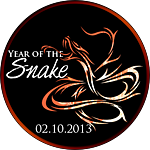 On February 10, 2013, we say goodbye to the dragon and welcome the snake, a symbol of wisdom and cunning, but also delusion and deception.

In the spirit of the snake, I’m sharing an excerpt from Thief of Hope. Sydney is good at evasion, and there are times when it can get her into trouble.  Enjoy the read and then check out the links to the rest of the blog hop participants!

Excerpt from Thief of Hope

His smile suddenly faded, and he bent his head toward her. “The man by the booth across from us. He’s been staring at you.”

With a start, she recognized the man at once. Reynald was one of Zared’s acquaintances. She’d never liked the way his beady eyes watched her whenever Zared wasn’t paying attention. Now he stared at her, eyes wide.

They slipped between the lanes of the market to the empty side streets. Sydney scanned the square. No one pursued them. She swore under her breath. The guard discouraged people from openly selling fantasia in public, so Reynald rarely came to the market. He’d be sure to tell Zared he’d seen her. She swore again.

“He recognized you. Who is he?”

She continued walking. “No one. Just a friend of Zared.”

Sydney drew in a long breath to calm the panic within her. I don’t need him any more. I’ve moved on. She clenched her trembling hands. She yearned to be free of him. Free of her old life.

“Who’s Zared? Do these people pose a threat to us?”

His piercing blue-eyed gaze seemed to read the thoughts she struggled to hide. “Not sure. They might.”

“It’s my problem…not yours.”

“You still don’t understand, do you? Your problems affect the success of our mission.” He moved toward her, close enough to see the blond stubble on his chin. “This isn’t a jaunt around town going to the market and picking pockets. Either you tell me what I need to know now, or I can no longer trust you.”

“All right.” Her heart thumped in her chest. She dared not lose her chance to help Willem’s cause. And she dared not lose his respect. Her feelings for Willem were becoming more than loyalty to the man who would one day be her king.

She stepped back, taking another deep breath. “I’ve known Zared for a while. You could say he’s more than an acquaintance. At least at first. Things changed and I—”

Willem held up a hand. “No need to go into detail. Just tell me what’s important to us right now.”

“Zared may have turned me over the Guild. I’m not certain.”

“Why do you think it was Zared who turned you in?”

“Someone told the guards where I was. Could have been Zared. I ain’t sure.”

“He’s searching for you?”

“He went to Anaria,” she admitted. “He shouldn’t even think I’m alive.”

“Why didn’t you tell me this before, Sydney?”

“I didn’t think it was important.”

He took off his hat and kneaded his forehead. “Everything slowing us down is important. Does Zared work for the Guild? Or for Schrammig? Your feelings for him are a dangerous distraction.”

“My feelings are none of your concern.” She balled her fists. “I can deal with Zared. Trust me.”

“I can’t trust you unless you’re honest with me.”

She’d told him enough. Too much perhaps. “Willem, I’m telling the truth this time. I promise.”

“I suppose you’re also going to tell me Old Market Street is on the way to our destination?”

“It’s right near the Black Dog. We can give the money to Betty and still have plenty of time to meet with the resistance.”

Willem adjusted his hat and pulled down the brim. “Very well. But if we run across your friend Zared, I’ll handle the situation.”

They continued on. Every so often, she glanced over her shoulder, afraid they were being tracked. Zared was certainly not the worst of their problems, but, as Willem pointed out, he could be a dangerous distraction.

I’m doing a a Rafflecopter giveaway of an ebook of Thief of Hope.

Now slither on over to the rest of the Year of the Snake Blog Hop posts:

13 Responses to Year of the Snake Blog Hop