Thinking of fall in New England–an interview with Mark Willen

Today I have author Mark Willen joining me for an interview. Mark’s second novel, Hawke’s Return, recently came out, with another ethical dilemma for retired lawyer Jonas Hawke and new challenges for his family and friends in Beacon Junction, Vermont. It’s a great read and a timely one, as this time of year I am really missing the beauty of New England. Mark has a third book in the works for Jonas Hawke, and since he’s a member of my critique group I’ve had a sneak peek. You’ll also want to check out the first book in the series, Hawke’s Point, which looks like it’s only $.99 for Kindle right now! 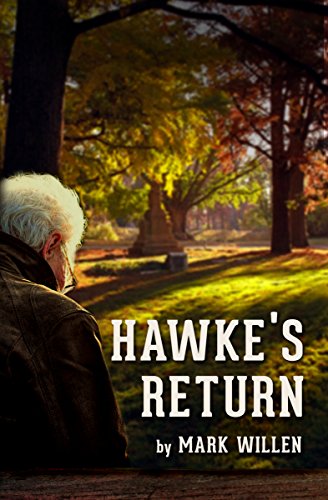 It’s his word against hers, and the stakes couldn’t be higher.

When a teenager accuses a key official of a local charity of blackmailing her for sex—and then abruptly disappears—a mystery turns into a crisis, raising concerns about the girl’s safety, the charity’s survival, and the career and reputation of a man who says he is innocent.

Enter Jonas Hawke, retired lawyer and sage of Beacon Junction. Jonas has just agreed to oversee the charitable group, a friend’s attempt to help Jonas move past his grief over the death of his wife. It’s his job to uncover the facts and ensure that justice will be done.

Jonas is helped—and hindered—by the arrival of Dylan Walker and his eight-year-old son. Why a single dad has chosen to move to a small town in Vermont to start a new life is a mystery that tugs at Jonas, especially when Dylan develops an amorous interest in Jonas’s married daughter.

Hawke’s Return is the tale of a man groping his way back from the loss of his beloved soul mate, even as he struggles with an intractable dilemma.

Q: Where were you born? How many places have you lived?

A: I’m a New England boy, for sure. I was born and raised in and around Hartford, CT, then went to college in New Hampshire, just across the river from Vermont. I eventually moved down to the greater Washington DC area and have lived here ever since, with the exception of a couple of years in New York City.

Q: What sparked your interest in writing?

A: I think I was hooked in the 9th grade when one of my short stories won an honorable mention in the Hartford Courant’s short story contest. In college, I got the journalism bug and switched to nonfiction, which satisfied my creative urge for a while, but when I got promoted and became an editor, I really missed writing. I started to dabble in fiction again, eventually going back to school to get an MA in creative writing.

Q: How long has it taken to finish your novels? How many drafts did you write before you were satisfied?

A: I write in spurts so it varies a lot. Once I know my characters and have a rough idea of what I want them to do, I can bear down, especially now that I’m retired from the 9-5 world. I wrote the first draft of my third novel, due out a year from now, in seven weeks. But of course that’s just the first draft. Revision can take many months. I don’t usually write a fresh second draft, so it’s hard to count those. I just keep rewriting sections that fall flat, cut a lot, and add a lot too. I tend to write sparse first drafts and then go back and flesh out the important stuff, which isn’t always apparent even to me when I’m writing the first draft.

Q: I’m from Massachusetts and I love the small-town Vermont setting in Hawke’s Point and Hawke’s Return. What made you decide on Vermont for the setting of the series?

A: It actually began with the character, Jonas Hawke. I created him as part of an exercise, and once I got to know him, I realized he had to be a Vermonter. And I wanted a small town, and that’s what Vermont is all about. In college, I worked as a news reporter and got to travel to many parts of Vermont, so I felt like I knew it pretty well, though I go back regularly to do more research and refresh my memories.

Q: Do you have a favorite genre to write? To read?

A: The books I write, and many that I like to read, don’t fall easily into any one genre, which can be a real problem when it comes to marketing. I’m fascinated by ethics (I taught journalism ethics for a while), and I like to put ethical quandaries at the heart of my novels. I don’t like the black-white choices; I look for problems with no easy answers and try to put well-meaning people in a difficult jam, where knowing what the right thing to do is far from obvious. So that tends to mean character-driven literary fiction, though I always try to work in some suspense to help keep the plot moving. That’s also the kind of novel I most enjoy reading, though for escapism, I read a lot of mysteries and thrillers.

A: Don’t give up your day job! Actually, my advice depends on their answers to a key question – why do you write? There are all sorts of excellent reasons, but it’s important to know what yours are. Beyond that, I tell them them to read a LOT and to keep writing and experimenting until they find what works for them. There are good courses and critique groups, and they’re great for getting early feedback. But be discriminating and know you’ll never make everyone happy. Writing is so subjective. Keep an open mind when someone criticizes or offers suggestions, but you have to stay true to what you want to do.

A: The list changes all the time as I discover new people. This year, I’ve been wowed by Nathan Englander, Patrick Modiano, Miriam Toews, and Anthony Murra. Long-term influences include Richard Russo, Ward Just, Elizabeth Strout, Jane Gardam, John Williams, and Penelope Lively. Whenever I read a good novel that touches something inside me, it inspires me to rush to the computer and try to do that for my readers. But it also can be discouraging because a part of me keeps saying, “but you’ll never be that good.”

A: I don’t have one!! I’ve just turned in the manuscript for the third book in the Jonas Hawke series, and I haven’t decided what to do next. I have one more book due in my contract, but I think it’s time for a break from Jonas. Fortunately, my publisher is open to something different. I’m going to take the next few months to play with some ideas and see what grabs me. (As a member of my critique group, you’ll probably get an early peek.)

A: I’m currently reading—and loving—A Gentleman in Moscow by Amor Towles, and next up will be John LeCarre’s new one, A Legacy of Spies. Then it’s Marilyn Robinson, whom I’ve never read (shame on me!). Not too far down the road, I hope, is your book, the sequel to Thief of Hope.

Hard liquor, I’m afraid, though not until after the day’s writing is done. Straight water until then!

Q: If you could be a character in one of your favorite novels, which character would you be and why?

A: James Bond, of course. (But I’ll settle for George Smiley.)

Mark Willen was born, raised, and educated in New England, where he developed a special appreciation for the values, humor, and strength of its people, as well as the sense of community that characterizes so many of its small towns. As a journalist, he has been a reporter, columnist, blogger, producer, and editor at The Voice of America, National Public Radio, Congressional Quarterly, Bloomberg News, and Kiplinger. His short stories have been published in The Rusty Nail, Corner Club Press, and The Boiler Review. His first two novels, Hawke’s Point and Hawke’s Return, were released by Pen-L Publishing, and the third book in the series is due out in 2018. Mark is also a regular contributor to Late Last Night Books, a blogzine about reading and fiction. He lives with his wife in Silver Spring, Maryland.