Judging a book by its cover

Although you shouldn’t judge a book by its cover, the truth is that a striking cover will attract attention to your book. If I happen to be on Amazon or Goodreads and come across an interesting cover, chances are I will click on it and then read the blurb and maybe even check out the reviews.

I feel fortunate that Crescent Moon Press puts the time and effort into producing some amazing covers for their books. The compliments on them are proof of that. Here’s a few that are coming soon. Aren’t they gorgeous? Not to mention they look like great reads. Stay tuned, I’ll be sharing more in the future. 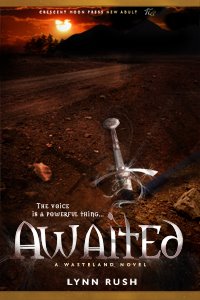 Russell Leonard is a centuries-old Guardian who’s lost faith in his purpose. So when he’s charged with procuring the first female Guardian in over two centuries, he can only hope it’s the red-headed beauty who’s been haunting his dreams for months. And if it is, he intends to claim her as his. But when he finds his dream woman, Annabelle is mute and bears no Guardian’s Mark. He soon realizes she’s been tainted by an ancient evil. Russell must somehow release the secrets trapped within this delicate, mute beauty, to help her tap into the only weapon powerful enough to silence a millennia-old demon—her voice. 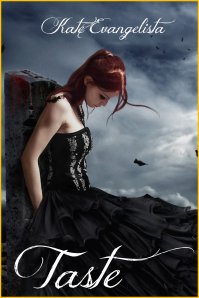 At Barinkoff Academy, there’s only one rule: no students on campus after curfew. Phoenix McKay soon finds out why when she is left behind at sunset. A group calling themselves night students threaten to taste her flesh until she is saved by a mysterious, alluring boy. With his pale skin, dark eyes, and mesmerizing voice, Demitri is both irresistible and impenetrable. He warns her to stay away from his dangerous world of flesh eaters. Unfortunately, the gorgeous and playful Yuri has other plans.

When Phoenix is caught between her physical and her emotional attraction, she becomes the keeper of a deadly secret that will rock the foundations of an ancient civilization living beneath Barinkoff Academy. Phoenix doesn’t realize until it is too late that the closer she gets to both Demitri and Yuri the more she is plunging them all into a centuries old feud. 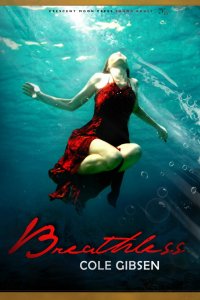 Obituary-reading emo girl Edith Small is broken – the end result of forcing herself inside a mold that doesn’t fit. All she wants is to conform to her strict sergeant stepfather’s rules long enough to make it to graduation day. But a boat accident threatens to unravel the life Edith has worked so hard to keep. After waking up in a hospital with a lacerated shoulder, Edith fakes amnesia. Because admitting she received her injuries from a blue-haired girl who breathes underwater is all the reason Sir needs to send Edith on the first bus to military school.

Safe at home, Edith struggles to put the nightmare behind her. But the mysterious creatures that live in the ocean aren’t about to let her forget. After meeting Bastin – a strange boy with silver hair and black eyes – on a secluded dock, Edith learns about the war raging undersea to end human existence. A war that Edith, unwittingly, has become the key to winning.

In a world where death is an ever-present shadow and motives are as dark as the bottom of the ocean, Edith must decide if her life is worth risking for a love that can’t survive past the shore.